Cassava: The Ingredient You’re Seeing Everywhere & You Should Know About. 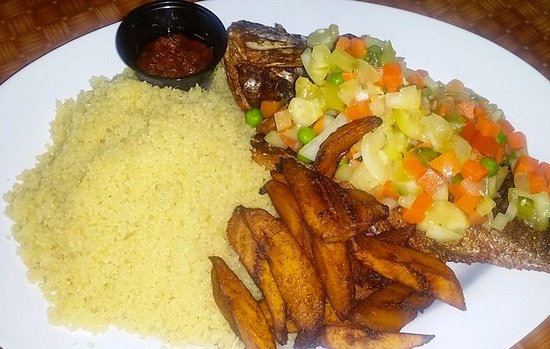 If you’re the kind of person who reads the ingredient labels on your food, you may have noticed the word “cassava” popping up more frequently. It’s in fancy, new protein bars, and cassava-based flour is becoming a staple in the health food world. If you’re gluten free, it’s known as the go-to wheat substitute for “fluffy, healthy” baked goods.

But what even is cassava, exactly? Hillary Cecere, RDN of Eat Clean Bro explains this trendy ingredient has long been staple in the diets of people in Latin American countries, South America, and Africa. Here’s what you need to know.

So, what is cassava, anyway?

First and foremost, cassava is a starchy root vegetable. It comes from the underground tuberous root of the Cassava shrub, which is cultivated in South America, Africa and Southeast Asia, Cecere explains. It’s a fairly hardy crop — one of the most drought-tolerant. There are a few varieties of the plant, but two main types are broken down by taste: Sweet and bitter. In general, it’s known to have a nutty flavor.

A paper published in New Phytologist noted that the plant makes up nearly 50 percent of the diet in parts of Sub-Saharan Africa. Some refer to cassava as “yuca.” Or "Attieke" in Ivory Coast.

Cassava is a resistant starch with some health benefits, Cecere explains. “Resistant starches are not digested in the small intestine and instead go to the large intestine where they ferment,” she says. “As the fibers ferment, they act as a prebiotic and feed the good bacteria in the gut.” Because resistant starches like cassava don’t raise glucose levels in the blood, they can be good for gut health, she notes.

Traditionally, the root has been “a huge source of carbohydrates" for people in various countries, she adds.

How do we consume cassava?

Cassava flour is an obvious one, but that’s just the beginning. “I think because cassava is gluten and nut free, it makes an ideal flour for those with food allergies,” Cecere says. “Tapioca is also made from cassava which is used in bubble teas and as a thickener. Cassava chips are sold as a snack food, and cassava supplements are marketed for fertility.” She notes that scientific evidence doesn’t back the claims about fertility, and adds that folks should consult their doctor before taking supplements.

What are cassava’s nutritional properties?

While it’s known for its carbohydrates, cassava also contains fiber, vitamin C and many B vitamins, Cecere says. With that said, processing the root reduces the nutritional value, which is why foods like tapioca aren’t known for being overly healthy.

Ok, so what are the downsides?

Raw cassava can be toxic, especially when consumed in large quantities. A 2003 study out of Ohio State University that appeared in the journal Planta noted that the roots and leaves of the plant contain a substance that can trigger the production of cyanide when eaten. When unprocessed, the plant can have “potentially toxic levels of a cyanogen called linamarin,” the study found. Bitter cassava is known to make you produce more cyanide and requires a more extensive process to remove those properties, Cecere adds.

With that said, peeling and cooking the plant can remove the cyanogen properties, Cecere explains, and the food containing cassava you’d buy in the store has ostensibly been through the proper channels and is safe to eat.

“The cassava sold in the United States is sweet cassava where the cyanide is mostly at the surface,” she says. “Peeling it and cooking it by baking, boiling, roasting or frying will make it safe to eat.”