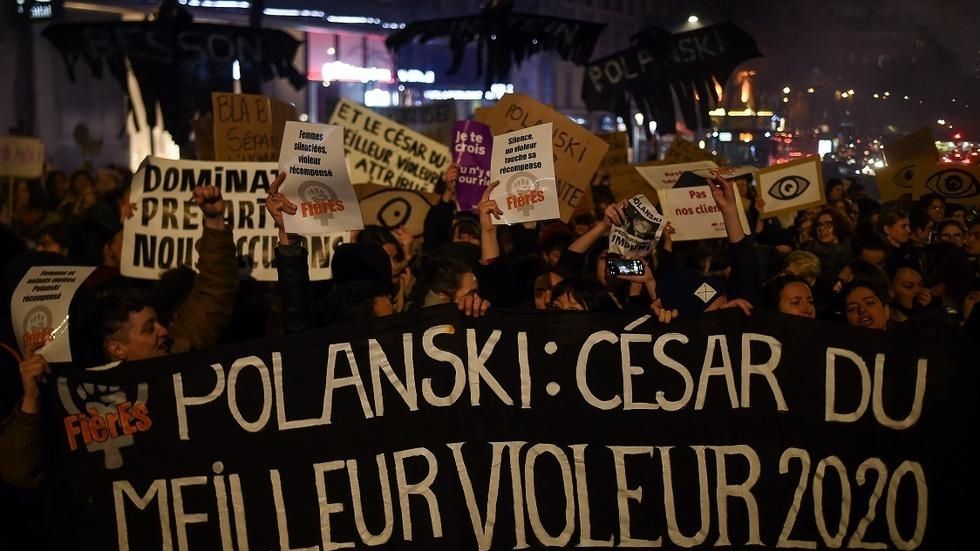 The nausea and headache that French film lovers might have felt Saturday was not the hangover following a great party, but rather the after-effect of the controversy surrounding the 45th César award ceremony, France’s version of the Oscars, where Roman Polanski’s film, “The Officer and the Spy”, (or “J'accuse” in French) won three awards, including best director.

Polanski has been wanted in the United States since he fled the country in 1978 after being charged with raping a 13-year-old girl and pleading guilty to unlawful sexual intercourse with a minor. Five other women have since then come forward alleging that Polanski raped or sexually assaulted them.

His film, which tells the story of the Dreyfus affair, one of the most notorious cases of miscarriage of justice in French history, was nominated for 12 César awards and won three: best adapted screenplay, best costume design and best director.

The film created a stir when it was first released, as France’s #MeToo movement began slowly awakening; the protests grew when it won the grand jury prize in Venice and the César nominations, and its choice for the César for best director has sparked strong reactions once again.

Friday night, a few hundred protesters chanting “Lock up Polanski!” and “Cinema guilty!” and carrying signs with phrases such as “Victims we believe you” gathered around Salle Pleyel, the theatre where the ceremony was held. When some of the demonstrators tried to storm the hall, police forces fired tear gas.

Polanski and the film’s entire cast and production team, including best actor nominee Jean Dujardin, did not attend the event. Polanski said he would not go in order to protect his colleagues and family. Dujardin posted a message on Instagram saying, “By making this film, I believed and I still believe I made more good than harm.”

Inside the theatre, the ceremony went smoothly at first. The comedian Florence Foresti, the gala’s master of ceremonies, began her opening remarks by saying there was an issue that needed to be cleared. 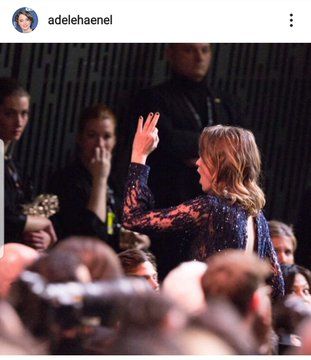 “There’s going to be a moment during the ceremony when we’re going to have a bit of a problem,” Foresti said, comically emphasizing her embarrassment. “In fact, there will be 12 moments tonight where we will have a little problem,” she added, referring to Polanski’s 12 César nominations, as loud applause erupted from the audience.

“What do we do about ‘Po-pol’?” she continued, forging a nickname for the director that can be translated from French slang as “pecker,” and gesturing with her hand to show someone (and something) small, provoking a roar of laughter from the audience.

“Don’t be like him, don’t feign innocence, you know very well who I’m talking about! What do we do about ‘Atchoum’?” she asked the audience, using the French name for Sneezy, one of the dwarfs in “Snow White”. “I mean, do we applaud, or don’t we?” In the end, she concluded that “Atchoum would not be big enough to cast a shadow on French cinema” and went on to name all the films nominated for awards, except Polanski’s.

Toward the end of the ceremony, however, after the award for best director was announced, Foresti did not come back to the stage to continue as MC and instead was replaced by the actress Sandrine Kiberlain, who presided over this year’s ceremony.

On Saturday, Foresti shared a simple post on Instagram to express her anger: One word, ECOEURÉE, or DISGUSTED, written in white capital letters on a black background.

The announcement of the best director award also prompted Adèle Haenel, who was nominated for best actress for "Portrait of a Lady on Fire", to storm out of the hall, crying "Shame!"

Haenel became a hero of the #MeToo movement in France after she publicly accused the director of her first film, Christophe Ruggia, of sexually harassing her when she was only 12.

After she walked out on Friday night she became the instant hero of the ceremony, with #merciAdèle and #merciAdèlehaenel trending on twitter, along with  #CésarDeLaHonte, or #Césarofshame.

Virginie Despentes, a French novelist and feminist posted a photo of Hanael on her Instagram account, writing “Luckily you’re there.”

Collectif 50/50, a French network of film professionals promoting equality and inclusion, wrote on its twitter account, “To all the women and men who are ashamed of this vote for the best director, we’re waiting for you, join us! # César2020.”

And the group Osez le Feminisme, or Dare to be Feminist, wrote on its Twitter account, “THANK YOU Adèle Hanael, your taking a stand was a consolation after the slap in the face to those fighting sexual violence. We will continue this battle inspired by courageous heroines like yourself, who dare break the omerta.”

“Is it normal for a man to rape and then 30 years later to be a star in popular cultures? No, it's not normal, and a rapist should be in prison," Osez le Feminisme activist Fabienne El Khouri was quoted by AP as saying.

Many on Twitter shared a clip of the actress Blanche Gardin speaking at the 2017 ceremony for the Molière theatre awards. In the clip she takes a jab at the trope, widespread also surrounding the Polanski controversy, dictating that one should distinguish between the art and the artist.

“Funny how this only applies to artists,” Gardin said. “At the bakery, we don’t say about the baker, ‘Yes, it’s true, so he rapes kids, but he makes an extraordinarily good baguette!’”

A few men also spoke up against the choice of best director. The actor Swann Arlaud, who won the César for best supporting actor, also expressed his support for Hanael and others who followed her out of the ceremony. “I find Roman Polanski’s award bizarre and I have a hard time understanding it,” Arlaud said. “I understand Adèle, after having spoken up herself, could not just remain seated and applaud. Clearly she was right to do it,” he added.

And before the awards ceremony, France's Culture Minister Franck Riester said a César would be “symbolically bad given the stance we must take against sexual and sexist violence”.

France appears to be gradually joining the worldwide #MeToo movement, sector by sector, bit by bit.

Haenel’s explosive accusations, which led to the filing of criminal charges against Ruggia, her alleged aggressor, in January, has rattled the film establishment.

The country’s literary world recently woke up after the French publisher, Vanessa Springora, claimed in a new book that the author Gabriel Matzneff had had sexual relations with her when she was 14.

And the world of sports in France is reeling after several figure skaters claimed they were raped or sexually assaulted when they were minors by former coaches. The head of the country’s ice skating federation, Didier Gailhaguet, was forced to resign over the scandal.

Still, the fact that Polanski was awarded the César for best director in 2020 – just days after the Hollywood producer Harvey Weinstein was convicted of rape in the US, to the cheers of feminists worldwide – signals that France still has a way to go.