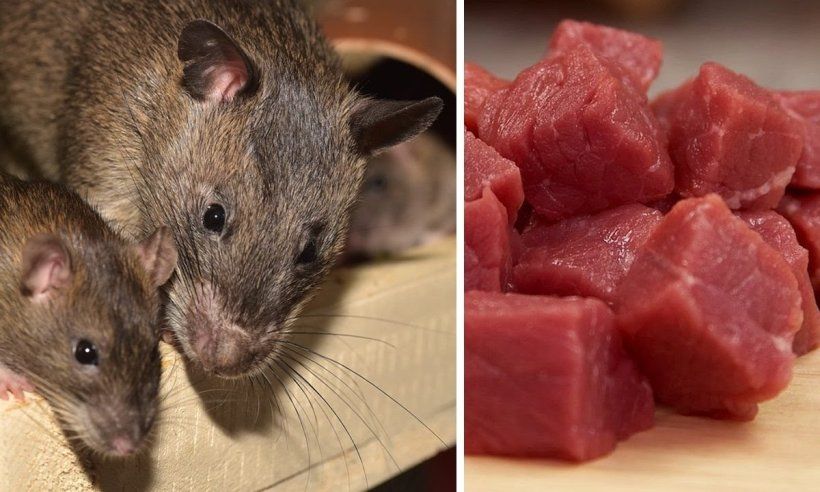 Officials said the meat was confiscated and destroyed after the man declared 32 pounds of the rodent meat upon arriving to the United States from the Ivory Coast, CBP spokesman Steve Bansbach confirmed to The Epoch Times in an email.

The Associated Press reported that the man was allowed to continue to enter the country because he had openly declared the meat. He was also spared a fine.

Customs declaration is a form that international travelers are asked to fill out at the time of arrival in the country. Bansbach said the declaration form helped prevent a potential public health hazard.

Centers for Disease Control and Prevention (CDC) guidelines prohibit rodent meat from entering the country because it “can cause various kinds of diseases” Bansbach told The Epoch Times in an email.

Rats and mice can spread over 35 diseases worldwide, according to a statement on the CDC website. “These diseases can be spread to humans directly, through handling of rodents, through contact with rodent feces, urine, or saliva, or through rodent bites.”

Rodent-borne diseases can also spread to humans indirectly through ticks, mites, or fleas that have fed on an infected rodent.

Some early media reports said the meat was confiscated and destroyed because it can cause African Swine Flu. Bansbach, however, called that a miscommunication and said swine flu is not caused by African rodent meat.

The African Swine flu is a highly contagious disease that kills nearly all pigs that contract it. The disease can also kill hogs in just two days but isn’t harmful to people.

In western Africa, some large-sized African rat species are a valuable and popular food, according to the National Center for Biotechnology Information (NCBI).

Some cane rats have been found to carry Salmonellae, a bacteria that can cause disease to the infected, according to the NCBI report.

“Humans may become exposed to infection by consumption of inadequately cooked infected cane rat meat, or by eating vegetables, sugar cane and fruits contaminated with excretions of carrier cane rats,” the report said.

Officials did not determine the species of the rat and further details were not divulged.

According to Ehrlich Pest Control, rodents can transmit many diseases and they have caused more deaths than the casualties caused by all wars in the past 1,000 years.

Fear of an African swine fever disease led U.S. border agents to seize about 1 million pounds of pork products from China, a spokesman for the agency said March 15, according to a Reuters report.

Federal agents seized the large quantities of meat in New York. “The seizure was in an effort to battle the spread of African swine fever,” Anthony L. Bucci, CBP public affairs specialist, told Reuters over email.