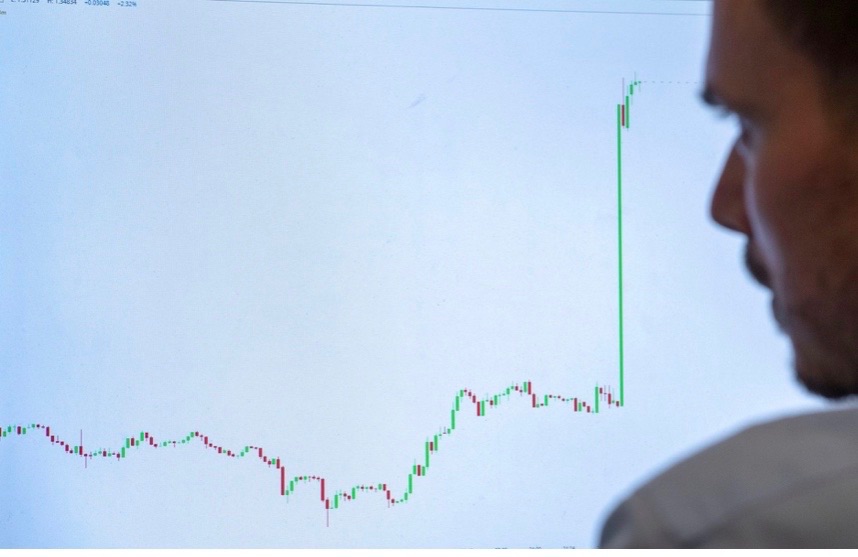 The pound has surged after exit polls showed Boris Johnson’s Conservativeswere on track for the biggest majority in more than 30 years, as investors in the City bet the outcome would lift some of the intense political uncertainty hanging over the British economy.

Immediately after publication of the exit poll, which showed the Tories were on track for a majority of 86, sterling jumped by more than two cents against the US dollar to trade at about $1.35 on the international money markets. That was the highest level for the pound since May 2018. The pound also rallied strongly against the euro, gaining by a similar amount to €1.21.

The FTSE 100 share index is expected to be relatively flat at the start of trading, with futures pointing to a 0.2% rise, according to data from ETX Capital.

Multinational companies, which make up the bulk of the blue chip index, tend to benefit when the pound is weaker, as it boosts the value of their overseas income. The opposite tends to be true when sterling strengthens against foreign currencies.

The pound had risen this week to the highest level since before Theresa May lost the Conservatives’ majority three years ago, reflecting polls showing that Boris Johnson’s party was on course for a majority. City analysts had largely expected such an outcome.

In recent weeks sterling has tended to rally when opinion polls have pointed towards a Tory victory, while the prospect of a hung parliament and elevated levels of political uncertainty it would bring has put pressure on the currency.

However, both major parties pledged a rise in government spending, a decisive shift that should increase the size of the economy, put upward pressure on interest rates and fuel an increase in the value of the pound.

On the trading floor at ETX Capital overnight, traders seemed quite relaxed as the Conservatives headed for a majority. Some suspected that Tories might even end up taking more seats than initially expected. “The exit poll might be a bit low,” one trader said.

There were a flurry of trades after Johnson was confirmed to have held his Uxbridge and South Ruislip seat, but it did not move the dial on sterling.

While investors in the currency markets have largely focused on the dynamics of the election, the withdrawal agreement passing through parliament and progress in the subsequent trade negotiations will also determine the outlook for the pound over the longer term.

Significant uncertainty over Brexit remains reflected in the currency, which has not come close to returning to its value on the eve of the EU referendum three years ago. Sterling has tended to fall on the prospect of tougher trade barriers and gained on news of closer ties.

Chris Beauchamp, the chief market analyst at the financial trading firm IG, said: “A tough few months, and maybe even years, of negotiation lie ahead, but at least now the UK government knows it has the will of the people and parliament behind it. UK assets may now finally play catchup with the rest of the world, as investors return to the country.”

Traders in the City had been expecting that a Labour victory would likely mean “short-term pain, potential long-term gain” for the pound, believing that sterling could fall by as much as 4% if Jeremy Corbyn’s party performed better than expected in the polls. Several business groups expressed concern over the party’s plans for the economy.

Despite the early movements in sterling on Thursday night as the City digested the significance of the exit polls, developments in Westminster throughout Friday and into the weekend will likely have a continued impact.

The prospect of a majority government in the UK and a possible phase one trade deal between the US and China also gave shares in Asia a huge lift.

“Global investors have been given two of the biggest gifts on their Christmas list and should be appreciative for a while at least,” said Sean Callow, a senior forex analyst at Westpac. “Global equity indices such as MSCI World should set more record highs and sterling could push above $1.36.”