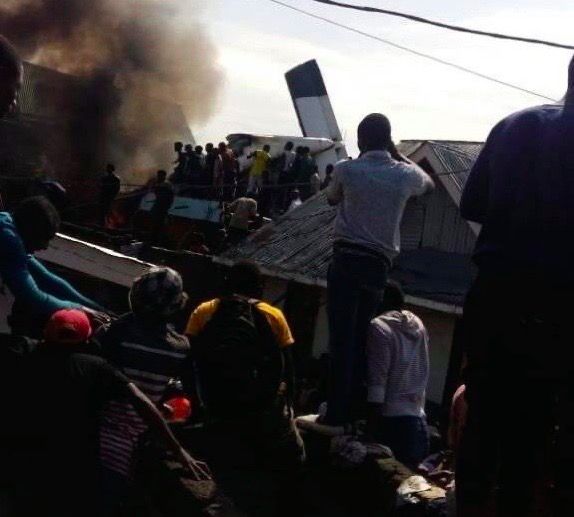 The plane, operated by the local company Busy Bee, crashed during takeoff for a flight to the city of Beni, North Kivu Governor Carly Nzanzu Kasivita's office said in a statement. The number of fatalities was not yet clear.

Air accidents are relatively frequent in Congo because of lax safety standards and poor maintenance. All Congolese commercial carriers, including Busy Bee, are banned from operating in the European Union.

A cargo plane departing from the same airport crashed an hour after take-off in October, killing all eight passengers.