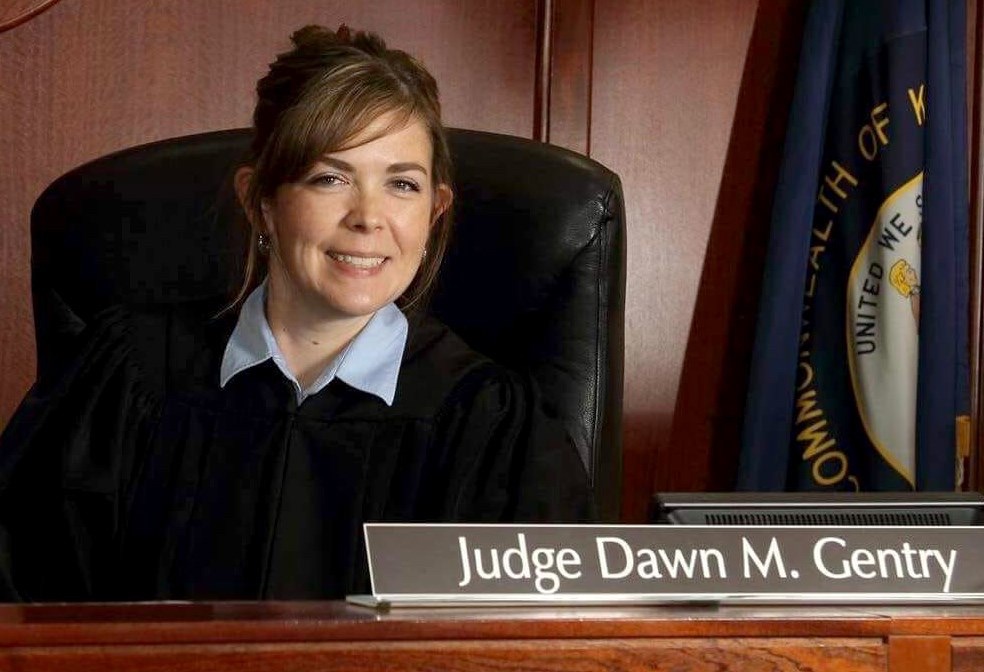 Dawn Gentry, a family court judge in Kenton County, in Kentucky's northern 16th Judicial District, was charged with multiple counts of misconduct in November by the state Judicial Conduct Committee.

She was put on paid suspension this week pending a final decision.

Gentry is accused of coercing court staff to work on her judicial election campaign, retaliating against employees who failed to support her campaign and hiring a man with whom she had a sexual relationship, according to a conduct committee document outlining the charges. She denies all of the accusations.

The judge, who was elected in November 2018, is alleged to have hired her lover, a former pastor, and allowed him to play guitar and sing in the office, "disrupting other court employees during the workday," according to the documents. An attorney for Gentry said she didn't realize that the man's behavior was a distraction, the documents show.

Gentry, her male lover and a third court employee, a woman, also are alleged to have engaged in sexual activity in the courthouse. Gentry denies that allegation, as well, according to court documents.

She faces a slew of other allegations, among them that she took her children to work and allowed them to witness confidential court proceedings. Once, her child recognized one of the children involved in a confidential case, the conduct committee alleged.

The committee also accused Gentry of approving false or inaccurate time sheets and of allowing staff to store and consume alcoholic beverages in court offices and to consume alcohol in the courthouse. Gentry denies falsifying time sheets, and she said through a lawyer in a court response that she had been unaware that her staffers were drinking.

Stephen Ryan, Gentry's attorney, said in an interview Wednesday that witnesses during court proceedings attested to Gentry's skills as a judge, arguing that she was fit to remain on the bench.

"They said she was fair and listened to the arguments and wrote good legal opinions," said Ryan, who said Gentry often presided over divorces, child neglect and abuse cases, and truancy issues.

Ryan said that he expects the suspension to last one to two months and that a hearing should be set shortly.