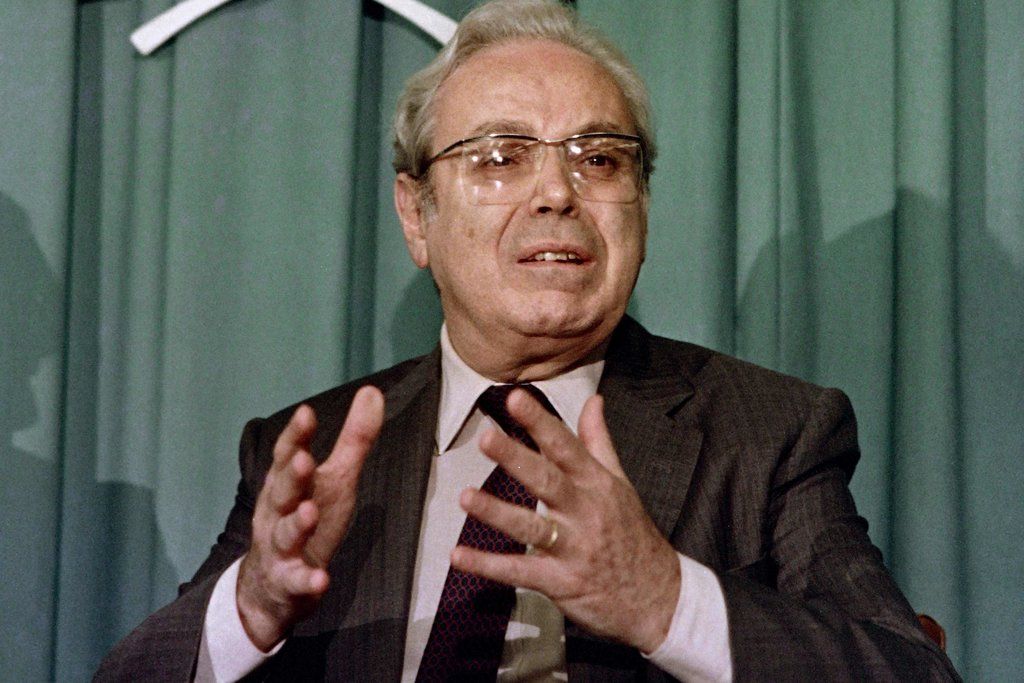 Javier Pérez de Cuéllar, a reluctant compromise choice for United Nations secretary general, who astonished the diplomatic world by brokering peace agreements in Asia, the Middle East, Africa and Latin America as the Cold War thawed in the late 1980s and early ’90s, died on Wednesday at his home in Lima, Peru. He was 100.

His death was confirmed by the Peruvian foreign ministry.

Mr. Pérez de Cuéllar might have stepped out of a dusty 19th-century history book: an obscure, old-school career envoy who had long represented his native Peru at the United Nations and at embassies in Europe and South America without making waves. Diplomatic colleagues called him competent but colorless.

In December 1981, however, the Security Council ended a six-week deadlock by naming him the world organization’s fifth secretary general — the first from Latin America, and “everyone’s last choice,” as one delegate put it. No one expected much, least of all Mr. Pérez de Cuéllar, who admitted that he was “not considered the most exciting candidate.”

But in two terms, from 1982 through 1991, he helped end a 10-year war between Iran and Iraq; secured the withdrawal of Soviet forces from Afghanistan; wound down conflicts in Cambodia, El Salvador and Nicaragua; and shepherded Namibia to independence from South Africa. His United Nations peacekeepers won the 1988 Nobel Peace Prize for work in Mozambique and Angola.

Unable to persuade President Saddam Hussein of Iraq to withdraw his forces from neighboring Kuwait, Mr. Pérez de Cuéllar failed to avert the Persian Gulf War in 1990. But as Cold War tensions eased, he brought the United States and the Soviet Union to the bargaining table at the United Nations to work on their longstanding regional conflicts. 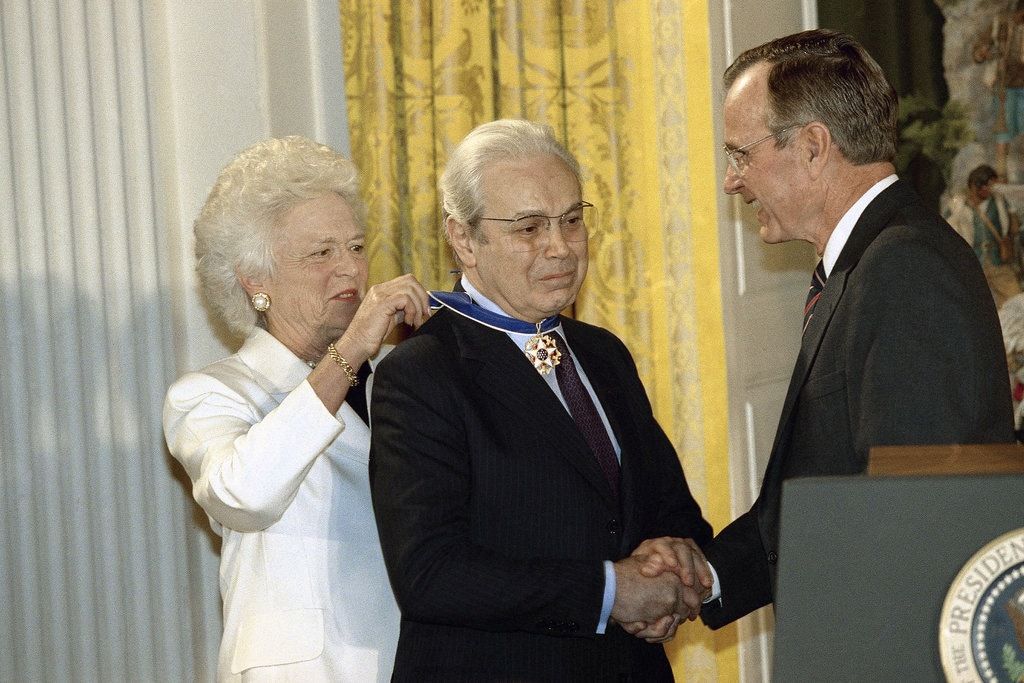 Javier Pérez de Cuéllar is awarded the Medal of Freedom at the White House on Dec. 12, 1991, by President George H.W. Bush and the first lady, Barbara Bush.Credit...Jerome Delay/Associated Press

And when he stepped down in 1991, he was showered with honors. Queen Elizabeth II bestowed an honorary knighthood. President François Mitterrand awarded him France’s Legion of Honor. President George H.W. Bush gave him America’s highest civilian honor, the Presidential Medal of Freedom, hailing him for presiding over a “rebirth” of the United Nations, “where cooperation in reaching common goals is replacing rhetoric and division.”

Mr. Pérez de Cuéllar’s achievements owed much to those who helped ease tensions: Mr. Bush, the Soviet leader Mikhail S. Gorbachev, the South African leaders F.W. de Klerk and Nelson Mandela, and many others. But at the helm of a world body of limited enforcement powers, Mr. Pérez de Cuéllar was praised as a skillful mediator whose persuasiveness and good timing achieved results unthinkable only a few years earlier.

Diplomats who had once greeted his selection and prospects with skepticism also saluted him for restoring prestige to the office of secretary general, which had been tarnished with disclosures that his predecessor, Kurt Waldheim, had hidden his complicity in Nazi war crimes during World War II.

The New York Times, in an editorial, said Mr. Pérez de Cuéllar’s tenure had “coincided with the erosion of old ideologies and repressive empires,” adding: “It opened the way for human rights breakthroughs in countries like Cuba and Iran, once immune from scrutiny. And it helped transform the General Assembly into something resembling a global parliament.”

In a statement on Wednesday, the current secretary general of the United Nations, António Guterres, called Mr. Pérez de Cuéllar “an accomplished statesman, a committed diplomat and a personal inspiration who left a profound impact on the United Nations and our world.”

“Mr. Pérez de Cuéllar’s life spanned not only a century but also the entire history of the United Nations, dating back to his participation in the first meeting of the General Assembly in 1946,” Mr. Guterres said.

“His tenure as Secretary-General coincided with two distinct eras in international affairs,” Mr. Guterres continued. “First, some of the iciest years of the Cold War, and then, with the ideological confrontation at an end, a time when the United Nations began to play more fully the role envisaged by the founders.”

Javier Pérez de Cuéllar y de la Guerra was born in Lima, Peru, on Jan. 19, 1920, the son of a prosperous businessman whose ancestors had migrated from Spain in the 16th century. His father died when he was 4. He learned French from a governess and earned a law degree from the Catholic University of Lima in 1943. He joined Peru’s diplomatic service in 1944 and was soon posted to France.

In Paris, he married Yvette Roberts, and they had a son, Francisco, and a daughter, Agueda Cristina. The marriage ended in divorce. In 1975, he married Marcela Temple Seminario, who survives him along with his children.

Mr. Pérez de Cuéllar became a member of Peru’s delegation to the first United Nations General Assembly, held in London in 1946. He was later named first secretary of embassies in Britain, Bolivia and Brazil, and the ambassador to Switzerland, the Soviet Union, Poland and Venezuela.

He was named Peru’s permanent representative to the United Nations in 1971, led its delegation in the General Assembly until 1975, sat on the Security Council in 1973-74 and was the council’s president in 1974. He was later a troubleshooter for Secretary General Kurt Waldheim in Cyprus, Afghanistan and other hot spots. Mr. Waldheim named him under secretary for special political affairs in 1978.

Mr. Pérez de Cuéllar resigned in 1981 and went home, expecting to be named ambassador to Brazil. But the Senate in Peru refused to ratify his appointment, and President Fernando Belaúnde Terry began campaigning for his election as United Nations secretary general. Mr. Pérez de Cuéllar refused to declare his candidacy or even return to New York to lobby for the post.

His reticence was strangely characteristic. He was a cultured and effective diplomat, fluent in English and French as well as Spanish and a skillful, if low-key, mediator among discordant voices. And he looked the part: tall, graying and distinguished, made for the pinstripes, the swallowtails and cummerbund.

But he also wrote poetry, was devoted to literature, especially the Hispanic classics, and in his gentle, self-effacing manner radiated an Old World charm, as if he would rather be home making clocks.

Under the United Nations Charter, the 15-member Security Council chooses secretary generals — General Assembly approval is rubber-stamped — and in 1981, the contest came down to two candidates: Mr. Waldheim, who was strongly backed by the Soviet Union but only tepidly by the United States and other Western nations, and Salim Ahmed Salim, Tanzania’s foreign minister, who was supported by China and radical developing nations.

After 16 ballots over six weeks, the council was still deadlocked, with China vetoing Mr. Waldheim and the United States blocking Mr. Salim. Both men stood aside, and Mr. Pérez de Cuéllar, a figure from an emerging nation who had Western attributes, was the compromise among nine candidates — “the least objectionable,” one delegate said. Mr. Pérez de Cuéllar had sat out the balloting at a beach house near Lima.

His first five-year term was inauspicious, with the Soviet army fighting in Afghanistan, with Iran and Iraq at war, and with civil wars raging in Cambodia, El Salvador, Mozambique and Angola. But he persuaded the five permanent Security Council members — the United States, the Soviet Union, Britain, France and China — to meet regularly on common problems.

In 1986, he recovered from quadruple-bypass heart surgery in time to run for re-election. 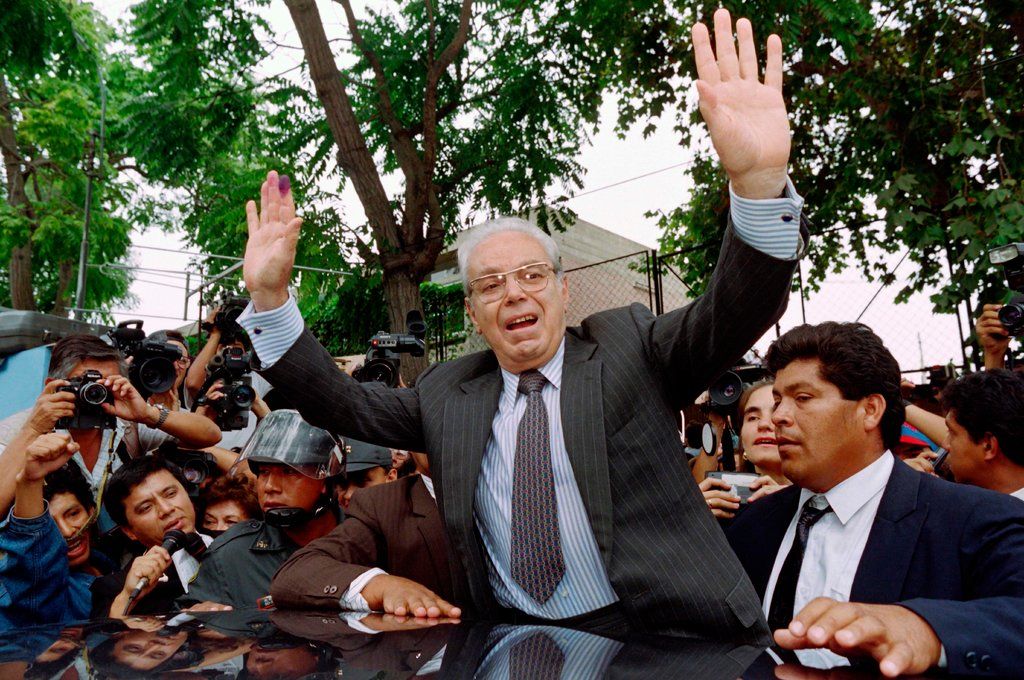 Most of his achievements came in his second term, from 1987 to 1991, when the Soviet collapse opened doors for East-West cooperation, which he exploited diplomatically. In 1988, he negotiated a cease-fire that ended the Iran-Iraq war, the withdrawal of Soviet troops from Afghanistan, the withdrawal of Cuban troops from Angola and Namibia’s independence, which became effective in 1990.

In 1989, he helped negotiate cease-fires in civil wars in Nicaragua and El Salvador, and launched the Paris peace talks that in 1991 led to a comprehensive settlement in Cambodia, which had been wracked by genocidal horrors in the 1970s and civil wars in the 1980s. The peace accords he nurtured between El Salvador’s government and leftist rebels were completed in his last minutes in office on Dec. 31, 1991.

His memoir, “Pilgrimage for Peace” (1997), recounted his United Nations years.

Mr. Pérez de Cuéllar ran unsuccessfully against Alberto Fujimori for the Peruvian presidency in 1995, served as prime minister and foreign minister in 2000-01, and from 2001 to 2004 was Peru’s ambassador to France.