Gagnoa. " College La Bonne Semence" : Teacher is accused of rape, but father of pupil ends up in jail.

Accused in 2018 of raping his 15 years old daughter , Mr DGYG has been remanded in custody.

Facts about a mindboggling case

Indeed, following a complaint by Mr. DGYG, that his daughter DG, a 5th grade student was raped by Mr. S, a Teacher at the College "La Bonne Semence Tago", the suspect is arrested by the 1st district police squad. After investigations, the noose of justice ends up tightening the neck of the plaintiff's father. Although the teacher admits being in an intimate relation with the pupil, it should be noted that little D.G, according to our sources, was carrying a 3-month pregnancy.

Under pressure from investigators, she ends up pointing  to her father as the one with whom she had regular sexual intercourse.

The Public Prosecutor Touré Moussa,  head of the public prosecutor's office at the Gagnoa Lower Court, is  given the opportunity to take legal action against the incestuous father.

After a brief detention  at the Gagnoa Central prison, Mr. DGYG, was asked to answer to the acts of rape, violence and assault committed on his 15-year-old daughter, a minor.

After the accused observed that he had never been heard in the case, the Prosecutor states: We are going to close the deliberations and then open the debate,"  before questioning: "You have been served with the facts for which you are accused. What are we talking about?'" Yes! It is rape," the defendant replied. "The facts have been re-characterized. You have been remanded here for the facts of : Violent indecent assault on a 15-year-old girl. With this particular circumstance that you are the father. You are also accused of the acts of violence and assault on the person of DGS, a 15-year-old minor. Do you recognize these two facts?  "No! I do not recognize them": said the accused.

'This case has been referred several times for the appearance of witnesses', the President will indicate before asking. How well do you know DG? "Yes, she's my daughter."

Father DGY: "My older brother decided to send me to France. I told him to send my daughter, instead of me. To do so, he asked me to establish a birth certificate in his name and to enrol her in a college.  I enrolled her in the " College La Bonne Semence", in the 7th grade. But she had to be allocated a registration number. In order to request a new registration number from the teacher, Mr. S, my daughter went to his office. After some exchanges, the teacher took the child behind a cupboard in his office to rape her". This is what my daughter, once at home, told me the same day at 6 p.m., "it was the next day that I went to the gendarmerie, from where a gendarme advised me to go and meet the director of studies and the accused. I was going to drop everything with an amicable settlement, but we did not agree. It was after this disagreement that I decided to go to the police where I filed a complaint against the teacher.

Prosecutor: "He did this to your daughter. She complained to you at 6pm. Living in Garahio, you waited until afterwards to go to the police to complain when your arrangements didn't work out... It was after this disagreement that you decided to go to the police . What type of relationship Do you you have with your daughter? Is she closer to you or does she prefer to confide in your wife? the judge will ask.

Prosecutor: "When she said she was raped, why did she come to you? Why not to your wife? She comes to tell you something as serious as that, practically accusing her teacher. What's the point of her changing her story right away and saying it's not someone from the outside who's sleeping with me, it's my father? How long have you been living with your wife?

DGY:"I've been with her for a year now".

Prosecutor: "I'm going to read your wife's statement. Not to the police, but to the investigating judge's office". 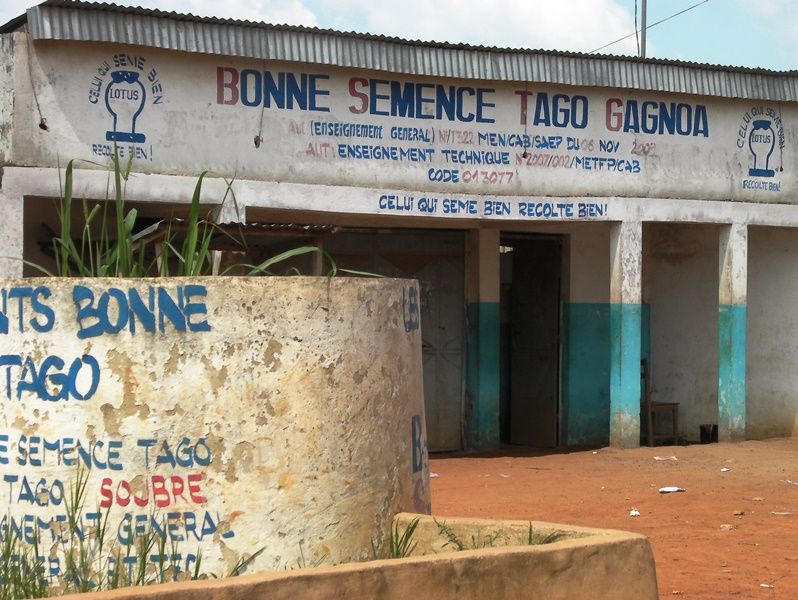 "For the past eight years, I've been married to Mr. DGY. We live in a two-bedroom house in Garahio, not far from the 'Kéita' clinic. His daughter DG and others share the same room with us. The house owner's belongings were stored in the other room until the arrival of his little brother DJ, at the beginning of April 2018. My husband and I have a one-place mattress next to which we placed another one-place mattress for his daughter and niece. But since April 2018, after his niece's departure, my husband installed a mosquito net that covers both our mattresses and that of his daughter DG.

Why can you confirm that your husband was having sexual intercourse with his daughter?

'this is your own wife', said the president. "Tchiée! is it what my wife said?"

The audience burst into laughter.

The magistrate continued reading: ' Madam, are you sure that what that girl told you is true?

'I believed it because I caught her having sexual intercourse in our bedroom during the night. besides, it's not uncommon to see my husband touching  his daughter".  What was your reaction when you caught them?  "Every time I bring up the subject , he threatens to kill me. He is very violent and I am forced to live with the situation "

Clearly testifiying against her husband DGY, lady kMS. Confronted him with her statements. The defendant, who went into a trance, shouted at the top of his lungs : "I was never told that my wife made such a statement. If the child does something wrong, that, before God, I normally punish her with a belt.

The president will follow up with these words: ''And how can a man be accused by his daughter of sleeping with her?

"Sir, that's not true. Good ! That's how the police works. I'm the one who went to the police and was accused of raping my own daughter. Is This how the country works?

DGY, a professional driver and father of four, arrested since February 2, 2018,  was found guilty on all counts.

The court, ruling publicly, contradictorily, in correctional matters and in the first instance declared the defendant guilty of all the charges. In sentencing, the Court required a five (5) years jail term and a fine of two (2) million francs CFA.

You have two (2) days to appeal the decision. Thank you, sir', the president said to close the session.

This scandal is symptomatic of the society in which we are forced to live today. A 15 years old girl in an intimate relation with an adult teacher. A father guilty of  having sexual intercourse with his minor child. A school unable to protect the vulnerable under its care. And above all, the gendarmes advising to negotiate amicable settlements instead of enforcing the law as a matter of duty to serve and protect all citizens. Who then, is to protect the weak and the vulnerable in this jungle?