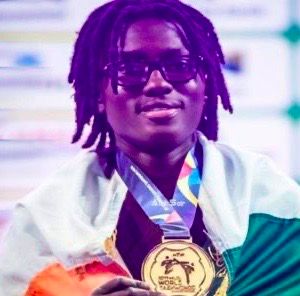 The Ivorian champion was once more at the top of the podium in international Taekwondo. Ruth Gbagbi who won gold at the Taekwondo International Open in Croatia on Sunday, November 9, 2019, shows  Rio 2016 was no fluke.

Good prospects are awaiting Champion Ruth during the next Olympics in Tokyo. Indeed, the Ivorian's forearm injury in July 2019 during the latest stages of qualifiers for Tokyo 2020 was a real blow for both, the champion and the Ivorian Taekwondo federation, because it meant she would be unfit for up to three months.
Zagreb's performance is a testimony that the injury is a distant memory for Ruth Gbagbi. A real feat for her and coach Me. Adam's Chérif. One more laurel for the Ivorian who, at 25 years old, has an incredible track record in her discipline at the world stage: Olympic medalist and World Champion, the Ivorian champion is also quadruple African champion, winner of the African Games, World University Games medalist, Vice World Champion with team Ivory Coast. During World Taekwondo 2017 in South Korea, Ruth Gbagbi became the first Ivorian woman crowned World Champion.