Former French prime minister Francois Fillon has appeared in court to face fraud charges after he used public funds to pay his wife and children for work they allegedly never carried out.

The 65-year-old is accused of giving jobs as parliamentary aides - involving no sustained work - to members of his family from 1998 to 2013.

His wife, Welsh-born Penelope Fillon, has been charged mostly as an accomplice. They deny the allegations.

Once the front-runner in the 2017 presidential election eventually won by Emmanuel Macron, Fillon has denied any wrongdoing.

The scandal made headlines in January 2017 when it crushed Fillon's position as the favourite to win the looming French presidential election. 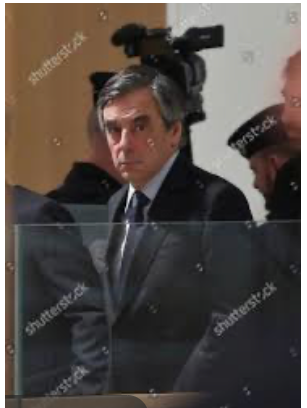 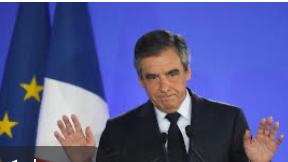 He faces up to ten years in prison and a €1m fine.

At the time, Fillon called the case a "political assassination" and remained in the presidential race despite the investigation - dubbed PenelopeGate - but his image was seriously damaged.

Former politician, Marc Joulaud, is also facing trial for misuse of public funds after he allegedly gave Penelope Fillon a fake job as an aide from 2002 to 2007, while her husband was a government minister.

She is alleged to have earned £113,400 in 2012-13 as a consultant for a literary magazine owned by a friend of her husband - a job which has also been alleged to be fake.

The magazine owner, Marc de Lacharriere, pleaded guilty and was given a suspended eight-month prison sentence and a £314,900 fine in 2018.

The trial on Monday was quickly suspended due to a lawyer's strike over President Macron's controversial pension reform.

Fillon served as prime minister under president Nicolas Sarkozy from 2007 to 2012.

He was also a government official under two previous presidents - Francois Mitterand and Jacques Chirac.

He now works for an asset management company and said last month he will not try to reenter politics.