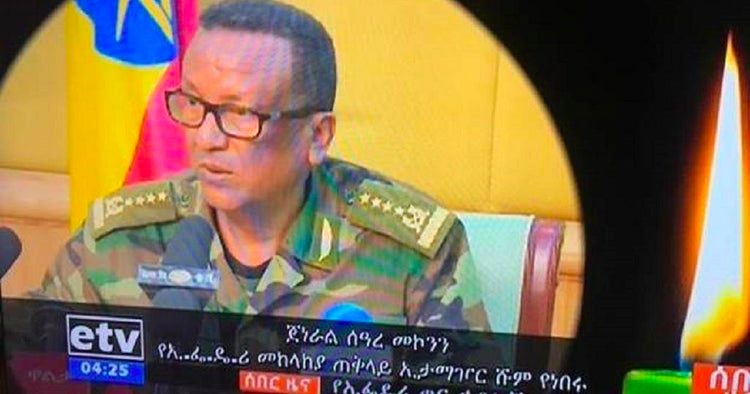 Attorney General of Ethiopia’s Amhara region has succumbed to injuries sustained after an attack that led to the death of the region’s president over the weekend.

Migbara Kebede becomes the fifth casualty of the coup attempt in Bahir Dar, the regional capital. The BBC also reports that the mastermind of the attack, Asaminew Tsige, had been shot dead by police, on Monday.

The death of Ambachew Mekonnen and Ezez Wasie – the regional president and his advisor respectively was confirmed by the government on Sunday.

“The situation in the Amhara region is currently under full control of Federal Government in collaboration with the Regional Government, which in accordance with the consitution is being led by the Vice President, Lake Ayalew,” a statement from the Prime Minister’s office said.

Over in the capital Addis Ababa, Army Chief Seare Mekonnen and another retired officer (Maj. Gen. Gezai Abera) who were reportedly working to thwart the overthrow of the Amhara regional government were shot and killed by the army chief’s bodyguard.

Flags are flying at half mast across the country in honour of the officers who were lost in the events of Saturday.

“A national committee has been formed to organize military honours for General Seare Mekonnen and retired Major General Gezai Abera. The committee will update and provide information as needed,” Abiy’s office said.

It also said the Amhara region will deal with funeral preparations for the deceased officials.

The United Nations has called for restraint even though the African Union, AU, based in Addis Ababa; has yet to issue a statement on the developments.

Regional neighbours have, however, reacted amongst others, Eritrea and Somalia in the Horn of Africa. Turkey and Qatar on Monday issued strongly worded condemnations.