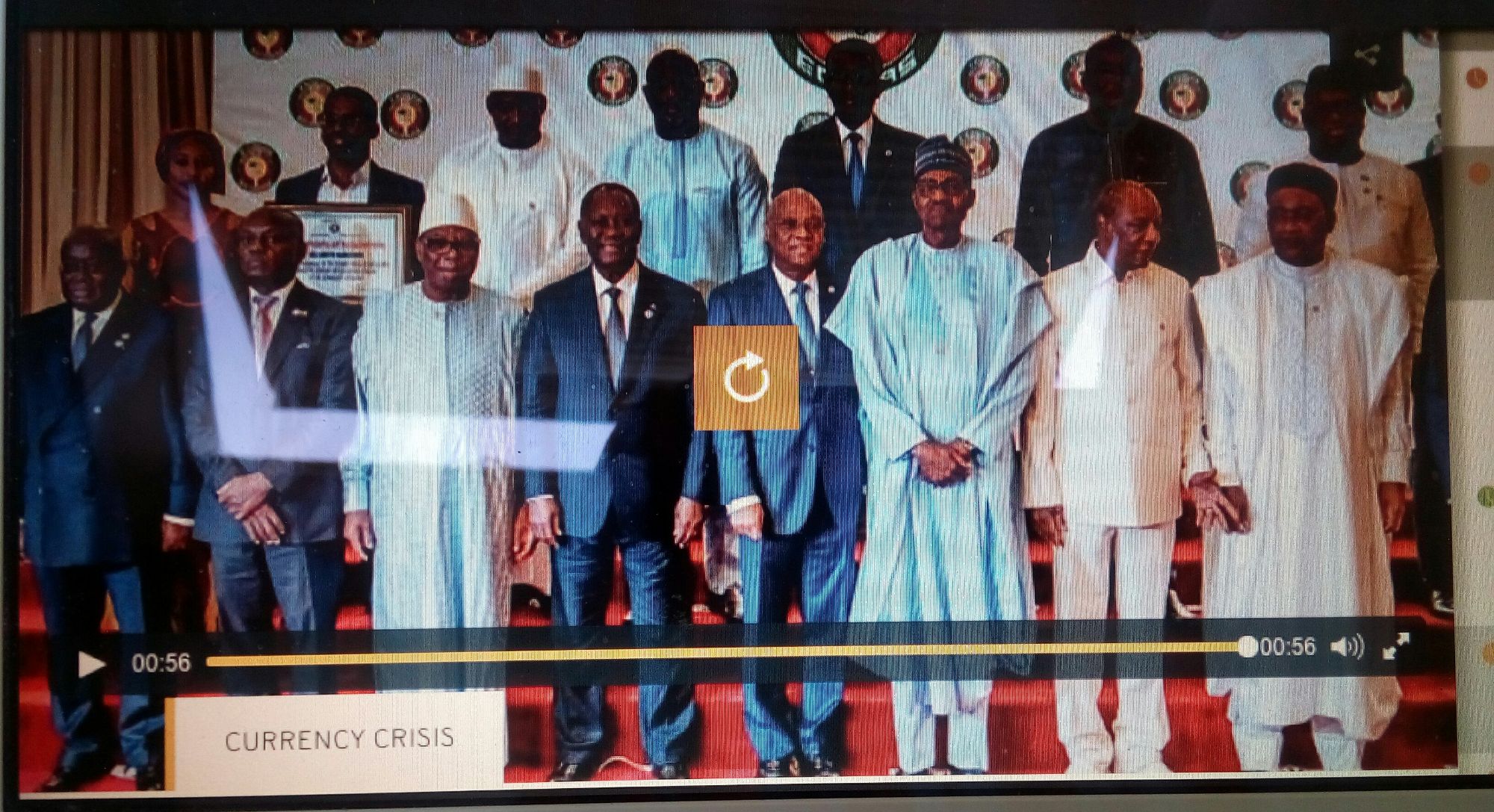 ECOWAS, the Economic Community for West African States have adopted a single currency named Eco, which it plans to launch by 2020.

Eco was adopted on Saturday in Abuja in a meeting of the 15 member country regional bloc.

Discussed for thirty years, this single currency between the 15 countries that make up the ECOWAS – eight of which use the CFA franc, pegged to the euro according to a fixed parity guaranteed by France, former colonizer of the region – is seen as a gamble risked by many analysts, but would be a strong political symbol, says AFP.

According to local media reports there was “a real firm political will” for the region to hastily achieve the single currency.

During the meeting in Abuja, President Muhammadu Buhari handed over chairmanship of the organization to the President of Niger Republic Mahamadou Issoufou during the closing ceremony of the 55th Session of the Authority of Heads of State and Government held at the State House Conference Center in Abuja according to local media reports.

The ECOWAS Prize for Excellence was awarded post-humously to former UN secretary general Koffi Annan and Dr. Ameyo Adadevoh (Renowned for her contributions towards curbing the spread of Ebola virus in Nigeria by placing the patient zero, Patrick Sawyer, in quarantine despite pressures from the Liberian government.) for their contribution to the well being of the region, local media reports.