Whilst the whole country is still mourning the death of an icon, public opinion expects a result of investigations into the circumstances of the tragic motorcycle accident of DJ Arafat, in the absence of autopsy results.
Unfortunately, nobody has come forward at an organized press conference to shed a light on what happened that night or to establish responsibilities in the tragic accident.

Yet, surveillance videos are available showing the last minutes of DJ Arafat alive. On one of them, a vehicle slowly turns left onto incoming traffic. Then a motorcycle appears at high speed and hits the vehicle in the rear. The rider is thrown in the air to land head first on the pavement. The driver of the vehicle slowly proceeds to avoid the individual on the floor, then turns his/her car's engine off. It has since been revealed that the driver of the vehicle is Denise Delafaphiet, a radio host at RTI. Her whereabouts are unknown.
At what speed was Arafat riding? Did the intersection in question have traffic lights? Did any of the people involved in the accident consume alcohol or any other substances that night? Did fire rescue and the police intervene at the appropriate time? Was Arafat wearing a helmet or protective gear?
Ivorians and the world await answers from authorities. Strangely, none has been forthcoming. Weeks have gone by and nobody knows!

If they are any lessons to be learned from the untimely death of the most famous DJ in Ivory Coast, they are about the "Good", the "Bad" and the "irrational" in this rat race of ours.

The "Good" lies in the extraordinary inspirations of this young man, left to fend for himself, not because he did not have a family. Rather because his father, a producer/sound engineer would not allow him access to the musical instruments he loved. His mother was so busy singing in cabarets at night, she had no days left in her to watch over the toddler. A  grand-mother, United Nations employee was simply so pressed by her diary that Ange, her grandson did not matter enough. In his own words, he was beaten up by dad if he attempted to play the instruments, bullied (mates called his mother a prostitute), so he left home and quit school.

Barefoot, the basketball jersey-wearing DJ roamed the infamous "Rue Princess" of Yopougon, living the biblical life of "Sodom & Gomorrah" and scrubbing filthy toilets for money to fill his tiny belly with "Garba"; a meal consisting of residues of cassava couscous (known as Attieke in this part of the world) and salty tuna fish. Until a friend perished in a motorcycle crash. Then, Arafat came to light with the song Jonathan in memory of that tragic friend. We all watched in amazement how the downtrodden boy grew into the high pitch singing creature of "Coupé decalé".

I stopped listening to his songs when "Djessimidjeka" was released. I could not bear the hard rock like sounds and the frenetic acrobatics of his talented Roukaskas dancers. I must admit, I do love the jimmy Hendrix experience but I am rather a Van Morisson or Bruce Hornsby type of dude, miles away from Nirvana or Pearl Jam.
Albums poured out of DJ Arafat like the Niagara falls. 16 top ten albums in as many years in activity with more successful singles than anybody in the history of Ivorian music. Winner of two "Kora" awards and nominated at the MTV awards. If ever there was a music hall of fame in Ivory Coast, he would proudly be hanging up there in the rafters with the best of all times such as Ernesto Djedje and Francois Lougah, to say the least.

Money and fame were at his doorsteps. He now wanted to be called the "Sao Tao", second of dozens of nicknames as a multiple personalities victim on Sigmund Freud's psychoanalysis couch. The rich and famous became his friends the world over. The barefoot Garba eating "church rat" from Yopougon who nervously sang "Jonathan" at the dawn of the third millennium was now untouchable with millions of millennials, his fans, also called "Les chinois" in Africa and the diaspora.

With globalization and the efforts in reducing the digital gap between North and South, Africans were suddenly able to afford smartphones with access to social media albeit with higher price tags than rich countries. Arafat's inexhaustible genius transcended cultures and borders to reach a worldwide audience, along with his demons (the Bad). Day in day out, social media became the medium of choice to communicate with his fans before whom the troubled soul vented his frustrations. Yes, DJ Arafat was a troubled soul in an ignorant society, still refusing to confront mental illness overtly for the benefit of thousands of its citizens crippled by the illness.

The DJ had millions of fans but he was not a role model: among his myriad of transgressions, he physically assaulted a female love interest in a live broadcast, continually filmed his quarrels with his mother, disgraced his rivals in video logs until footages appeared of him assaulting a young fan. Then, the prosecutor's office issued an arrest warrant. The DJ fled to France ironically claiming he was untouchable because he had connections in the highest spheres of the nation. Many talked about a forced exile abroad, but Arafat came back to Ivory Coast. As he bragged, the Law lost. Once again he was at it: brawls in night clubs and DUI traffic accidents to list a few.
In a twist of fate, censorship came knocking. The bad boy of "Coupé Decalé" no longer had access to RTI (National TV) where a host recently confirmed a ban dating back to 2013), banned on cable TV, no access to billboards and decent concert venues for his last tour .

Just like millions of young Africans, he was frustrated by the lack of opportunities. He refused to die in the mediterranean sea. Instead, he broke down doors to achieve his dreams. In the end, society tried to rob him of his laurels so the indomitable fighter that he was took to the fast lane. The love for speed and adrenaline to drown the pressure of life finally got the better of him that evening, after a disappointing concert during which the artist was denied an adequate sound system. According to his long-time friend "Oscar le Motard" (still himself recovering from a motorcycle accident), he refused to wear his helmet during the tragic daredevil parade (Irrational).

Was Arafat depressed? why did he seem untouchable by the Law? Who censored him in a country where authorities seemed not so keen to punish him for his transgressions. Since his death, the outpouring of love from all corners of Ivorian society is something we have never witnessed. All censorship has been lifted. Arafat is loved…Again!

Elvis Presley’s fans are flocking Graceland decades after his death, hoping to see him alive and well.

Michael Jackson’s unconditionals are adamant. The man in the mirror will one day emerge from Nerverland.

In  Abidjan “Les chinois” believe that “Papa na Buzz” will finally headline at the National stadium, the venue he was banned from .

Ange Didier Houon, a.k.a Dj Arafat will be laid to rest in Williamsville on August 31, 2019. 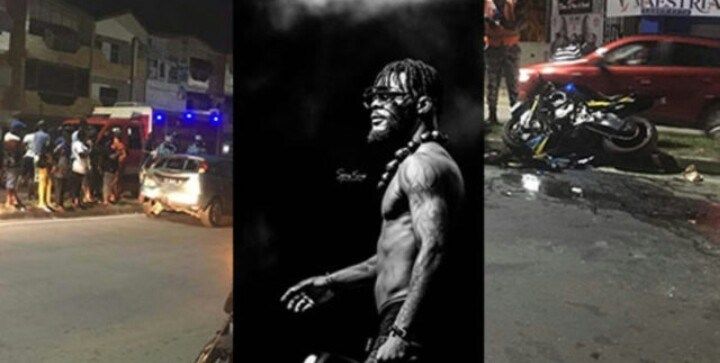 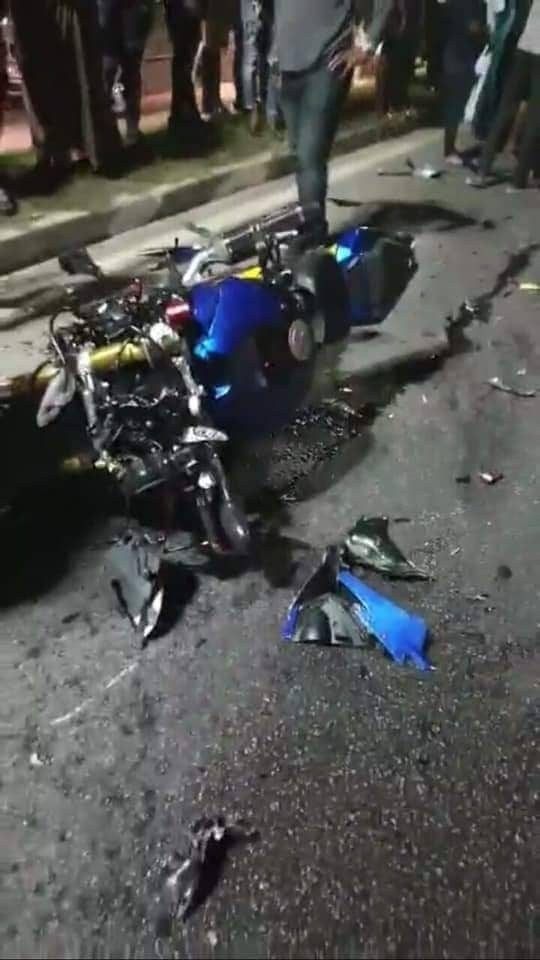 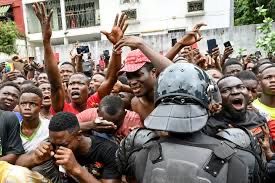 Dj Arafat in concert. The doomed motorbike. Fans react to the news of the death of their icon.