Amazon rainforest fire: How did it start? How long has it been on fire?

The Brazilian Amazon is ablaze as a record number of fires continue to ravage the vast rainforest. The Brazilian Army has been deployed to help tackle the vicious fires after the nation's government faced mounting international pressure to take more action to tackle them. There have been a record number of wildfires in the Amazon this year, with most of them occurring within the past two weeks. The vast stretch of flames has been captured on both NASA and NOAA satellites from space. According to the National Institute for Space Research (INPE) satellite data showed an 84 percent increase compared to the same period in 2018. The space agency reports its satellite data has detected more than 74,000 fires since January 2019. 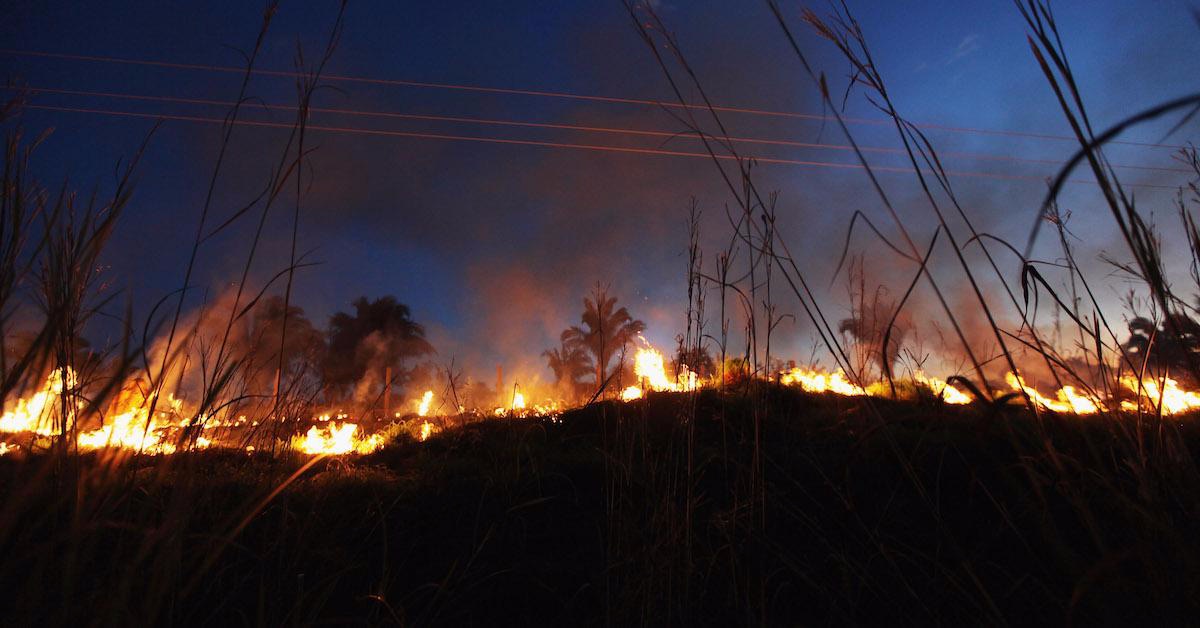 The heavy smoke caused a daytime blackout more than 1,700 miles away in Brazil’s largest city São Paulo on Monday.

Josélia Pegorim, Climatempo meteorologist, told Globo: “The smoke did not come from fires from the state of São Paulo, but from very dense and wide fires that have been going on for several days in Rondônia and Bolivia.

“The cold front changed the direction of the winds and transported this smoke to São Paulo.”

The smoke resulting from some of these wildfires was also captured in satellite images released by NASA.

International leaders at the G7 summit have agreed to provide logistical and financial support to help fight fires in the Amazon rainforest.

However, President Jair Bolsonaro said Mr Macron's plan of an "alliance" to "save" the Amazon treated Brazil "as if we were a colony or no man's land".

A record number of fires are burning in Brazil, mostly in the Amazon, according to the country's space research agency.

The funding pledge was announced as the leaders of the G7 - Canada, France, Germany, Italy, Japan, the UK and the US - continue to meet in Biarritz, France.

Mr Macron said the funds would be made available "immediately" - primarily to pay for more fire-fighting planes - and that France would also "offer concrete support with military in the region within the next few hours".

However, Mr Bolsonaro - who has been engaged in a public row with Mr Macron in recent weeks - accused the French leader of launching "unreasonable and gratuitous attacks against the Amazon region", and "hiding his intentions behind the idea of an 'alliance' of G7 countries".

He wrote on Twitter that Brazil's sovereignty should be respected - and said he had discussed with Colombia's president the need for "a joint plan" from the countries that actually made up the Amazon region.

Despite Mr Bolsonaro's comments, his environment minister, Ricardo Salles, told reporters that the funding was welcome.