Another Lion (the indomitable lions of cameroon) have fallen prey to the Super eagles of Nigeria after a pulsating classic between two giants of african football.

Since the 1984 finals in Abidjan, Cameroon has won all of its finals against Nigeria, although they have always lost to the men in green in the group stages.

Man of the match Odion Ighalo opened the scoring on 19' for Nigeria before Stephane Bahoken equalised on 41' for the indomitable lions of Cameroon.

The second half produced the finest display of footballing skills in this classic of giants with an equalising brace by Ighalo before the green and white clad nigerians clinched their winner by Arsenal forward Alex Iwobi on 66'. 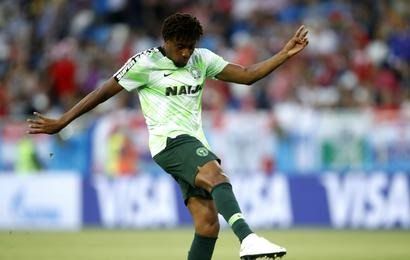 Shock waves in Egypt. The pharoahs are out!

Thembinkosi Lorch punishes Egypt on the 85th minute to give South Africa a stunning 1-0 lead, sending the organisers packing.

Moments such as this give the beautiful game its true meaning.

After three woeful group performances, South Africa were ranked outsiders against the record seven-time African champions, but from the onset they looked more like a team smelling blood. A seesaw struggle ensued for much of game until a blistering counterattack allowed the technically gifted center forward Lebo Mothiba to send South Africa player of the year Thembinkosi Lorch through and ruine the hopes of Mohamed salah and the whole nation of Egypt.

The Bafana Bafanas snatched victory from the claws of mighty Egypt to setup a meeting of archrivals with Nigeria in the last eight. 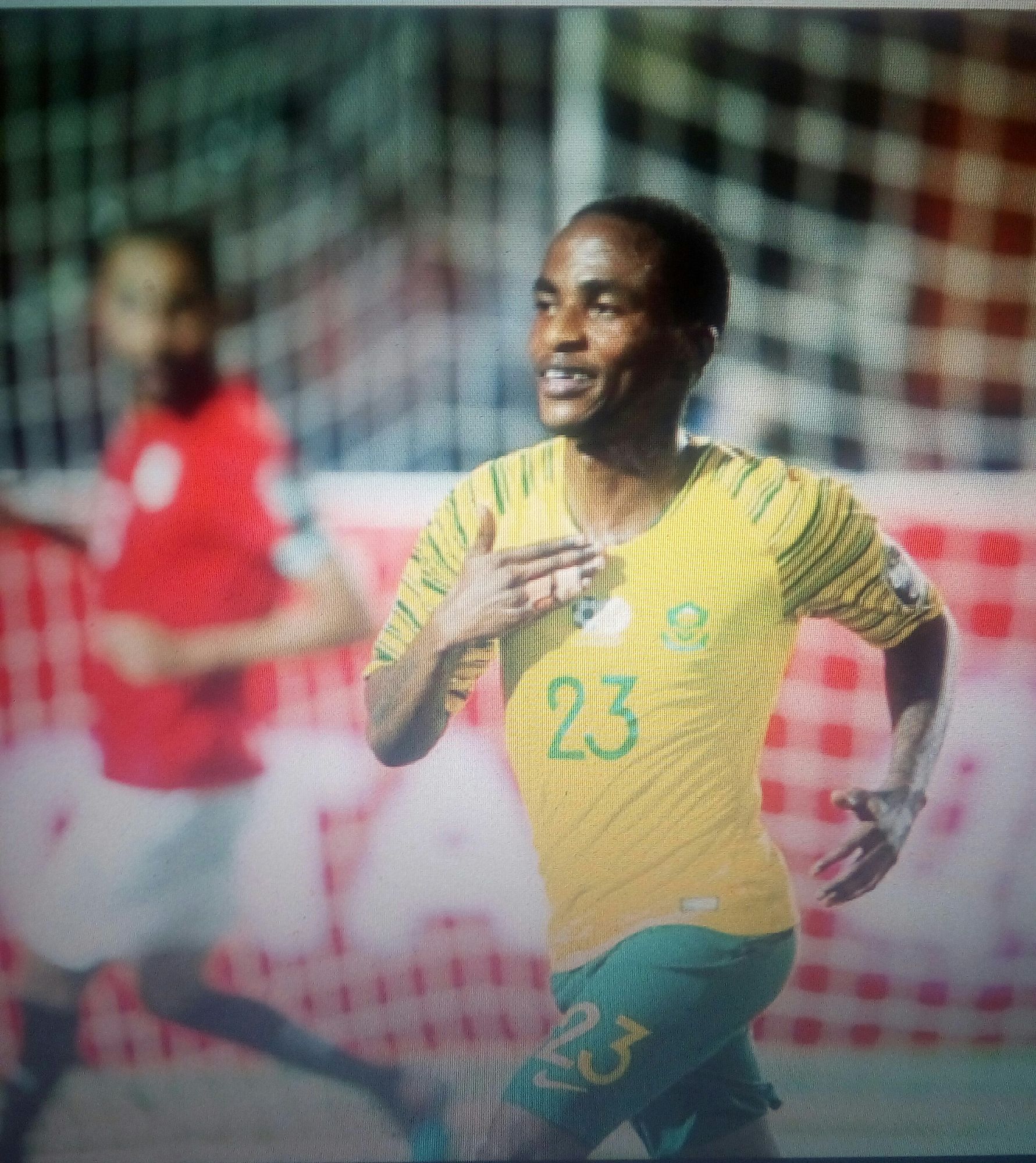 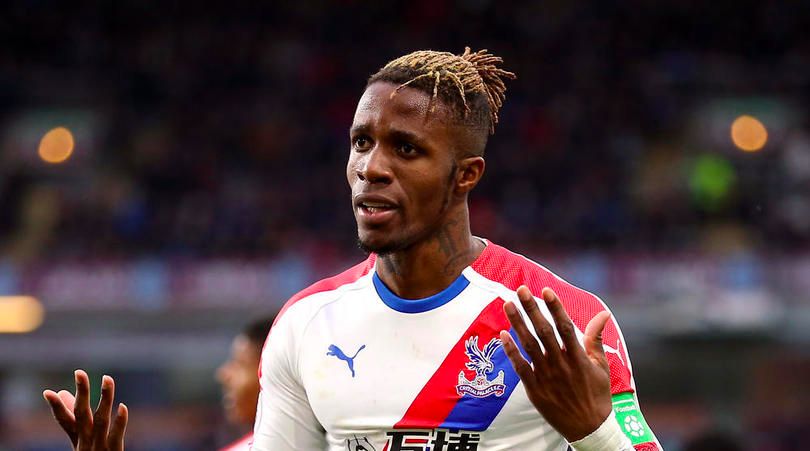 Ivory Coast secured their progress from Africa Cup of Nations Group D with a 4-1 win over Namibia.

Namibia’s Peter Shalulile failed to take the two best chances of the opening half-hour, while Max Gradel sliced wide at the other end.Goalkeeper Loydt Kazapua almost gifted the Elephants an opener when he fumbled a cross straight to Wilfried Bony, but blocked the former Swansea striker’s shot with his body outside the box before gathering his follow-up effort. But Gradel fired the Elephants in front six minutes before half-time when he was ruled marginally onside as he ran onto Franck Kessie’s superb lofted through-ball and fired across Kazapua.

And it was 2-0 just before the hour when Serey Die let fly from 35 yards and a deflection off defender Ryan Nyambe left the keeper helpless. Wilfried Zaha, who had twice been denied clear penalties, sent a weak effort straight at Kazapua and Namibia cut the deficit when goalkeeper Sylvain Gbohouo cleared the ball straight to Joslin Kamatuka, who shimmied past Serge Kanon before finishing. Zaha and substitute Maxwel Cornet scored in the final 10 minutes to make victory safe for Ibrahim Kamara’s side, who finish second after South Africa conceded a late winner to group champions Morocco.

Early Christmas present for Bafana players after earning R320‚000 each

The Bafana Bafana players received an early Christmas present on Tuesday night after they were guaranteed to earn a bonus of R320‚000 each for progressing past the group stage of the 2019 Africa Cup of Nations (Afcon).

Coach Stuart Baxter's unpredictable charges sneaked into Last 16 stage after joining Guinea‚ the Democratic Republic of Congo and Benin on the third-placed table. Bafana will now meet tournament hosts Egypt in the Last 16 stage on Saturday night‚ but they made heavy weather of their qualification after needing favours from elsewhere to reach the knockout stage.

SA Football Association (Safa) president Danny Jordaan told TimesLIVE a few days ago that while Baxter does not have a mandate at this competition‚ their expectation is that Bafana progress to the last-16. Baxter now says he understands why supporters get so upset with Bafana. Stuart Baxter has done something of an about-turn‚ saying now that he understands why Bafana Bafana supporters get so upset when results go against ...

Bafana still in Afcon and face hosts Egypt in last-16

With such a structure‚ Bafana earned no bonuses for matches they won in the opening round - only the lump sum if they reached the Last-16. Bafana reached the Last 16 after a confusing set of mathematical permutations saw Bafana finish in fourth place on the third-placed table‚ and past the group stage at the Afcon finals for the first time since reaching the quarterfinals on home soil in 2013. 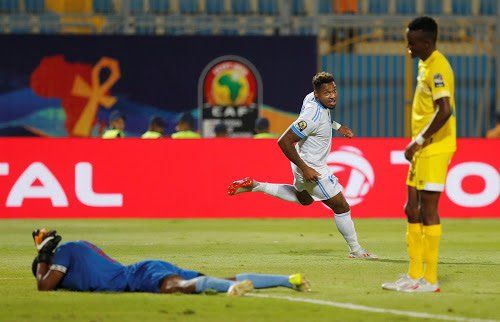 -DR Congo's Britt Assombalonga celebrates scoring their fourth goal against Zimbabwe during an Afcon match. Zimbabwe are facing allegations and accusations of match-fixing at the on-going Africa Cup of Nations in Egypt.

A sensational report in a Madagascan newspaper has claimed that Zimbabwe threw their final Africa Cup of Nations (Afcon) pool match to allow DR Congo a path in the Last 16 of the competition‚ but there are a number of inconsistencies with a story more likely to be filed under “fake news”.

The report claims that goalkeeper Elvis Chipezeze‚ who plays in the PSL for Baroka FC‚ was promised payment to allow DR Congo to score the goals they needed to earn a second round meeting with Madagascar as one of the four best third-placed teams in the competition.

It claims knowledge from unnamed sources‚ suggesting the Confederation of African Football (CAF) are aware of the matter and would meet to discuss how to handle it.